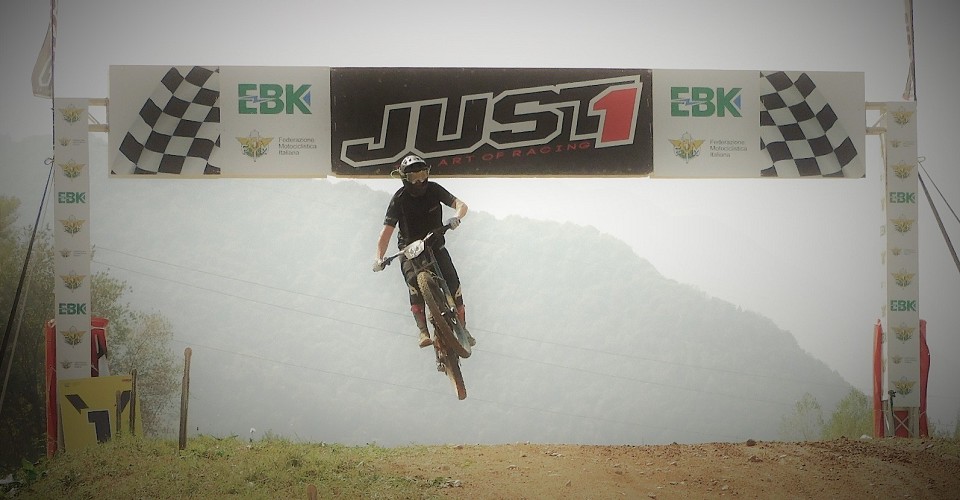 THE MOST PERFORMING ELECTRIC BICYCLE IN THE WORLD IS CALLED SEM VENOM.

The E-Bike designed and built in Italy is so powerful that it is called Motobike.

For the whole SEM Team, winning the E-Bike Cross World Cup was a very important achievement. On 13 September 2021, Andrea Di Luca, riding a SEM Venom Evolution, completed a perfect race. Together with teammate Marco Gnassi, they took to the track against all the best performing electric bicycles in the championship organized by the FIM. Great success for our team, which was able to compete on the field, against vehicles with characteristics very similar to the Motobike. The story of this victory begins over a year earlier.

In the 2020 season, SEM had already managed to win the Italian E-Bike Cross Championship, thanks to the rider Riccardo Boschi, of the JK Racing Team. At the end of the season, the combined stage of the FIM World Cup took place, together with the last round of the Italian Championship. Due to a number of out-of-the-ordinary characteristics, SEM did not participate in the 2020 World Cup. This missed success - the only participation, would have been an honor for the Team in itself - gave great motivation to the research and development department of SEM, which over the next twelve months, with a considerable engineering and entrepreneurial effort, filled the gaps with respect to international regulations.

For many people this word can have several meanings. At SEM it is a real workflow that leads the technical department to develop continuous improvements to the vehicle in the design phase. Competitions are an important component of technical development. Thanks to the solutions designed to bring the Venom to the highest competitive levels, the Motobike is today a very refined and precise tool. Its strength, versatility, balance and power make it a vehicle without any compromise. The pursuit of performance on an electric bicycle cannot be achieved by using an e-bike conversion kit or by mounting huge boxes full of batteries on very heavy frames.

The real World Cup won by the SEM Team is that of quality. The Venom is a handmade product, studied in detail and capable of evident results. All of this was done on an innovative bicycle frame, perfectly balanced with a powerful motor. Thanks to this perfect fusion between bicycle and electric motor, the e-bike concept is expanded, combining the high performance of brushless motors, with the ease of use of the most popular vehicle of recent years: the bike.

SEM will continue to participate in national and international competitions, with an increasing desire to seek new competitive and technological solutions, in the name of performance, safety and fun. All this, contributing to the creation of a more sustainable and green world.

You are removing from your shopping cart

Are you sure you wish to proceed?